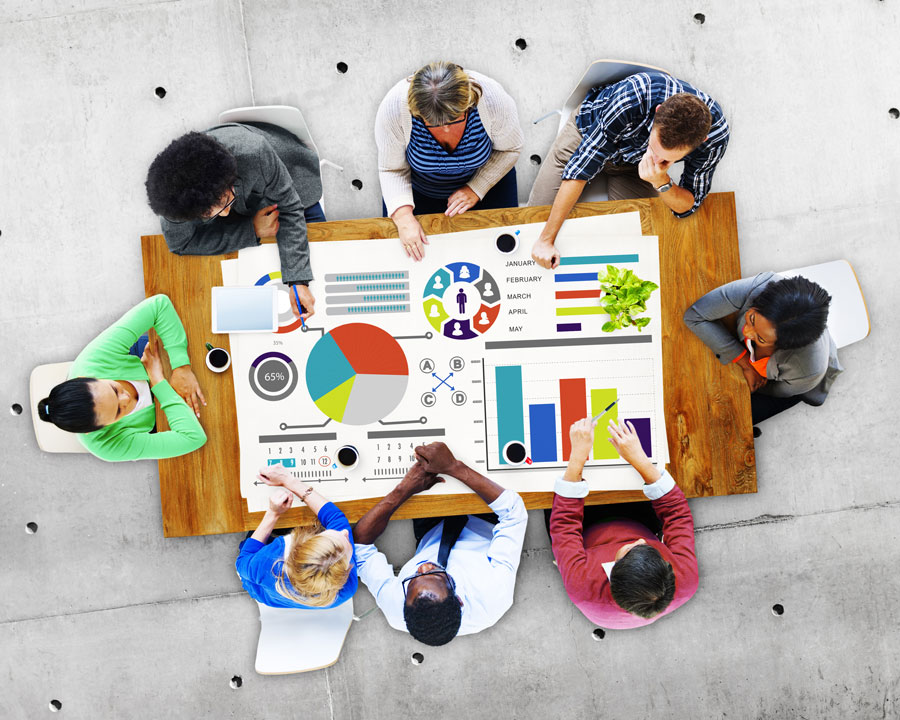 In 1943, at the height of World War II, the Western world was in desperate need of worker-bees. Close to a million young troops were scattered across the globe making the world safe for democracy, while bosses on the home front were hiring anyone they could get their hands on. The job interview went something like this:

Are you alive? Yes. Can you think straight? Yes. Ok, you’re hired.

Fast forward to 2009 and they’re doing cattle calls for an open position at Dunkin’ Donuts:

In what discipline is your doctoral thesis? String Theory. Are you capable of working a 72 hour shift if necessary? Yes. I’m sorry, we just don’t think you’re Dunkin’ material.

I’m pretty sure we all thought the world was going to end somewhere during the Great Recession. But the years have passed, unemployment is less-bad than it was back then, and companies are once again looking toward the horizon; intent on developing the next best thing to crush the competition.

The new word on everyone’s lips, of course, is Big Data. (ok, that’s two words). And a whole lot of hiring is going on right now. So where do you fit in?

Whenever a big technology shift occurs, the world gets crazy about tech all over again. And then, a few months down the line, we all remember that computers are just boxes of bits and pieces and, if not for us humans, there’d be no one to turn them on in the morning, let alone check Facebook for updates about ex-girlfriends, or order Chinese food.

If you’re in the market for a job right now—and if you’re a human—you’re timing couldn’t possibly be better.

We’ve done the thing where everyone scrambles for a piece of the Big Data pie. Mind-bogglingly large and complex data sets are now flowing in at a breakneck pace (because computers can do that). And it has become obvious to the owners of this data that, to be worth anything at all, it must be turned back into something human, which is where you come in (because computers can’t do that). To whit:

...less than 40% of employees have sufficiently mature processes and skills to derive insight from information streaming  in.... To overcome this insight deficit, ‘big data’, no matter how comprehensive or well analyzed, needs to be complemented by ‘big judgment’.” - Harvard Business Review.

Your mission, should you choose to accept it, is to get yourself a job interview with a fine purveyor of big data. And then, when you’re sitting in that seat and the surly, wrinkled creature across the desk asks if you’re up to the task, you tell her just how ready you are to change the fortune of this company.

Explain that, while you understand the desire to collect every shred of information possible, the real trick is knowing which questions to ask. You might also want to further explain that, just because Walmart has amassed 2.5 petabytes worth of transaction data (roughly 167 times the information contained in the Library of Congress), it doesn’t mean they automatically know what to do with it. But, you’re willing to help them figure it out.

Remind your prospective employer that it’s not just about 1’s and 0’s, and that the key to winning the Big Data war lies in the balance of technology and humanity. Say it just right and you’ll set yourself apart from the masses and put yourself on a path to the hottest new technology career around. (Because humans can do that).