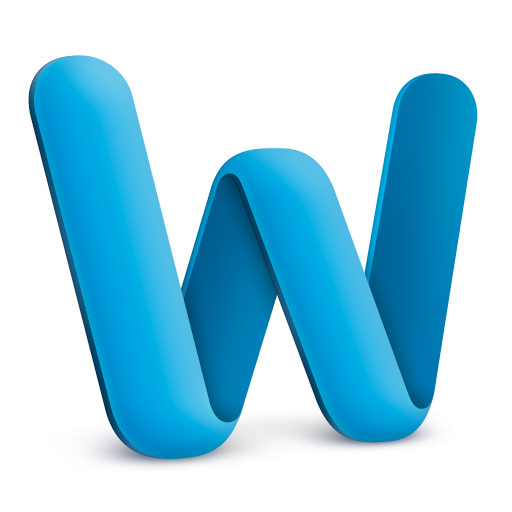 Everyone I know has a copy of Word. And everyone I know hates it. Ask any ten people what they think of this, the king of all word processors, and you’ll invariably hear words like bloated, cranky and eminently frustrating. The same can be said about my grandmother, whom I would never involve in a writing project or anything else I wanted to get done in less time than it takes to build a scale model of the Empire State Building out of tiny drink umbrellas.

And yet every time a contract shows up in my inbox; every time the written word is transferred between me and someone else who happens to be over the age of fifty (not that I’m judging), the dreaded blue and white beast rears its head, and demands as its sacrifice the time it takes to slog through an endless array of arm-length menus, miles of esoteric printer markings and a bevy of viewing options, each one stunningly less useful than the last.

And then it crashes.

If you ain't first, yer last.

This phenomenon is an object lesson in early market domination. A piece of software, regardless of its qualities, simply needs to find its way onto the hard drives of an overwhelming majority of devices in the shortest time possible. And to the victors go the spoils of a war that was never fought, as the opposing army, far outnumbered, simply packs up and moves on, lest the zero-sum game equal its untimely demise.

What’s left is a software designer that exists completely free from the very struggle that is supposed to inspire innovation and, perhaps more importantly, much needed editing. And that, friends, is Microsoft.

So what’s a modern writer of contracts, blog posts and corporate memos to do? Well, if they have an ounce of control over their own cubicle destiny, they switch to something like Google Docs. Yes, the company that owns the mighty Internet developed a suite of cloud-based apps with the kind of brilliant minimalism that brings a tear to my eye.

Seriously, it’s amazing how much of Word they left lying on the curb, and yet still managed to offer every relevant text editing feature, real-time backup and infinite cheap storage that will catalog and efficiently search every single shred of data, from the lowliest refrigerator note about stealing my cottage cheese, to the most verbose multi-media business plan yet devised by man (or woman).

Here’s the part where someone chimes in with, “Well, Microsoft put out Office 365 and it does all the same things”. Fair enough. They did indeed (finally) come to the table with a cloud-suite of productivity apps. And yes, it does even sync with the desktop version which, even I will admit, is pretty slick.

But like so many things in life, it’s now what you say, but how you say it. And when Microsoft says it, it usually takes ten-million-five-hundred-forty-eight-thousand-two-hundred-and-seventy-five words when 4 would have done just fine.

But will the world change? Will there be a Boston Tea Party uprising with thousands of soggy blue software boxes floating in the bay? Probably not. If we’re honest, we’ll have to admit that the game was played and won by Mr. Gates many years ago. MS Word is an institution as much as change is, though necessary, consistently difficult and scary.

The more enlightened among us, then, will just have to bring about a slow motion revolution as we always do. And one day the dinosaurs will perish, leaving vital resources for the flourishing fauna of innovation. And the words, “hey, can you send me that in a word doc?” will just be an inside joke between beer buddies at happy hour.

Full disclosure: I wrote this in Google Docs and then downloaded it as a Word document to send to my editor. You know, for “compatibility” and “ease of use”.