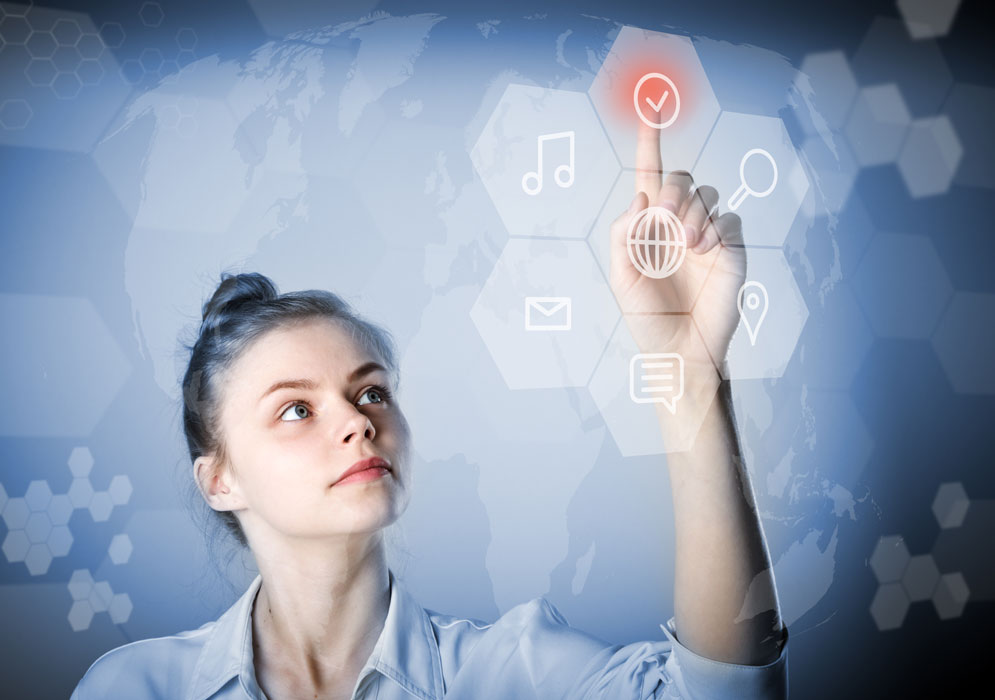 Having grown up during the dawn of personal computing – you know: a time of bad hair, bad clothes, and bad synth-drenched pop music that anthropologists call The 80′s – I have seen my share of computers and their operating systems.

What’s striking to me is for how much computers have grown in leaps and bounds since then, the way we interact with them largely has not.

For every new idea some brilliant engineer has dreamt up that has us waving in the air like lunatics a la the movie Minority Report, there is a swift kick back to reality when we realize an office full of people standing and waving at their computers might be a bit of distraction in the day-to-day bustle. And so we all still sit at our desks with a plain boring keyboard and mouse.

But let’s back up a moment and look at the all important timeline. 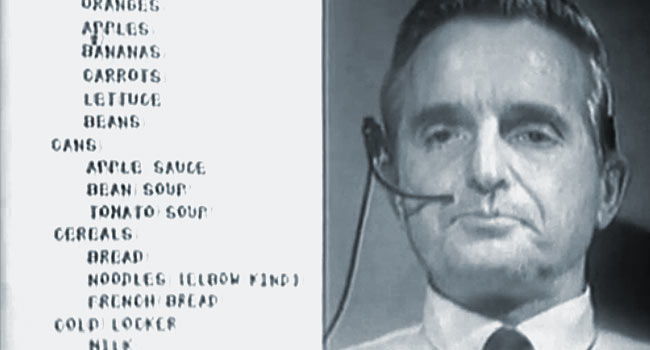 In the beginning, there was Douglas Engelbart’s groundbreaking work at Stanford Research Institute that resulted in the “Mother of All Demos”, a demonstration of experimental computer technology that in one afternoon introduced us to the mouse, video conferencing, email, hypertext, and word processing to name only a few.

If you haven’t seen it, you can watch it here. It’s a fascinating piece of history. 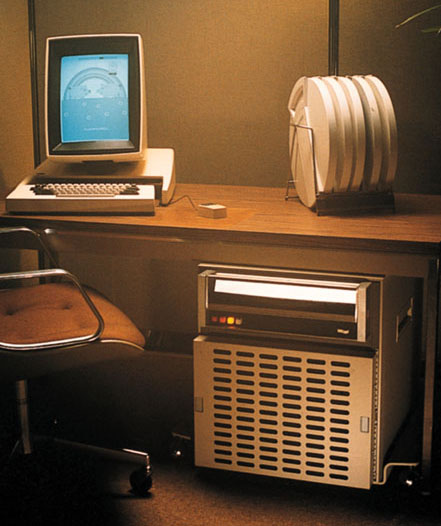 So from there, we can draw a pretty straight line to Xerox’s iconic Palo Alto Research Center which picked up on many of the ideas Team Engelbart introduced. PARC is credited with creating the first graphical user interface (GUI or gooey) and is widely known to be the “inspiration” for Apple’s early Mac OS and later Microsoft Windows.

Throughout the 80s, 90s – and heck, even the aughts – we basically have a Desktop, Folders, and Documents, which are stored in a filesystem. Inexplicably there’s usually a trash can on the Desktop. Perhaps it is a metaphor early computer developers best related to and certainly early PCs were targeted chiefly at business people. All of this is navigated with a mouse and keyboard.

So is there room for improvement? Can we now agree that computers are no longer new and so people coming up understand them on a more intuitive level?

OK. So what’s next then?

Recently there has been an explosion of devices in the mobile and consumer electronics space that endeavors to change all of that. So now, all-of-a-sudden, we have multi-touch surfaces and motion sensors and gyroscopes all allowing a more three-dimensional way of working. And these devices are lean and mean. Your average smart phone handles most of your immediate wants and needs often within one or two swipes of your finger.

Much like how everything in the 80s had a clock in it for no reason, as these technologies become more and more mainstream and all pervasive they become cheap. And so everything gets touch screen capabilities – cause, why not? If you’re a company that makes a global product, you no longer have to worry about language. Just load a different interface for the country you’re selling to. Since you’re not physically printing labels on buttons it’s just a little software tweak. And that’s just one small example. Heck, even the product itself is no longer bound to a single function, but is free to evolve over time.

But I think mobile innovation can influence the desktop application on a deeper level. And it seems it already has started to. I could see software design trending towards a more streamlined interface. Trim the fat, developers. As a designer and developer myself, clarity is a principle I strive for in everything I create.

Ever work with Microsoft Word? Do you even use a fraction of all those palettes and button bars? Adobe Photoshop? My guess is you rarely use most of the features. Like Antoine de Saint-Exupéry, the French writer said:

That’s good sound advice when designing your app. Power does not have to equal complexity.

All this and brains too.

So why can’t an operating system be even smarter? It could watch your workflow for a few weeks and then offer to tweak the interface for the features you most commonly use. Your system could make performance adjustments on-the-fly to better serve your personal workflow.

A balance needs to be there, but I truly believe software developers need to be bolder with innovation. Before you just tack on yet another feature and add another row of buttons, take a look at your smart phone. What was streamlined to fit it on the small screen? What features are there but just out of reach until you really need them? Almost intuitively a little swipe of the finger reveals a delete button, or a quick shake reloads a page.

Our always on society.

I’m excited about our modern always on society. Information is always within reach at a moment’s notice and what could be more thrilling than that? Anything you want to know you can quickly explore and educate yourself about.

But how we interact with technology has only recently started to move forward and become more intuitive. We truly need a push away from the early computing concepts that have been the norm for decades and into a deeper more intuitive interface. One that is aware that we’re no longer simply chained to our desks when working with our computers. Something more in tune with the actual way humans work without forcing its own set of rules on us.

And with that, I’ll leave you with a quote by pioneering computer interaction expert, Jef Raskin, who puts it quite succinctly:

“An interface is humane if it is responsive to human needs and considerate of human frailties.”

Feel free to share your comments and frustrations about your computer. What do you wish it could do? Where do you think the computer desktop is headed?