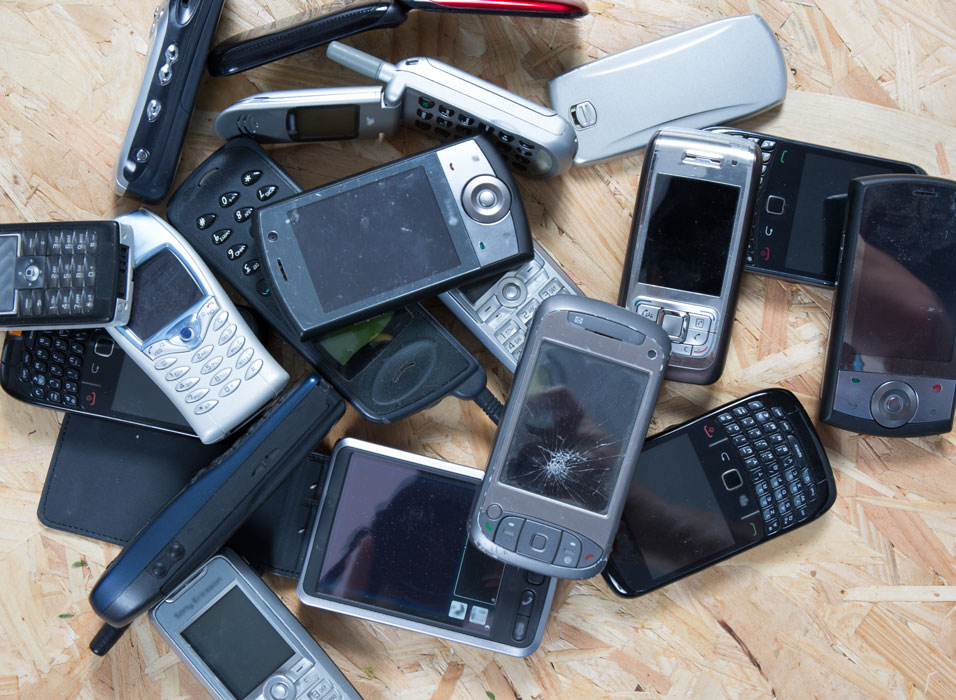 There is a graveyard in my house. It is filled with the ghosts of technology past. Three Kindles, two Nexus 7s, half a dozen external hard drives, four Android phones, nine million thumb drives and a Motorola Startac circa 1996 that belongs more in the Museum of Natural History than the drawer of junk it currently haunts. They roam the deserted halls after nightfall, neither alive nor dead, searching wordlessly, endlessly for a peace that will not come.

These sad, dejected devices all have one thing in common: the inch of dust covering them like the first flurry of a January morning. They are, in a word, useless.

Or are they? It occurs to me that there would be no small amount of poetic justice in the idea of these devices I coveted so enthusiastically at the beginning of their lives, finding purpose once more in the winter of their discontentment. Kinda like senior citizens working at McDonalds.

I would be lying if I said I was the first person to ponder the second life of gadgets. With the so-called Internet of Things barreling toward us at the speed of innovation, it stands to reason that the brain of a lowly Kindle—a dunce by today’s standard, yet thousands of times more powerful than ENIAC—could find new purpose running a dishwasher or feeding the cats.

With this thought in mind, I set out on the information superhighway in search of purpose by proxy for my menagerie of beleaguered paraphernalia.

My first stop appears in the form of a DIY workout companion. Gone are the days of Rob, the buff, spandex-clad superhuman, hovering inches from your toes as you struggle for breath at the top of your thirty-ninth situp. “Get some!” he yells. “Get you some! Feels good. It burns so good!” Shut up Rob. I hate you. But Rob will never bother you again. Because you have Dell, the aged Inspiron you “borrowed” from your cubicle two years ago when the IT guy finally brought you a replacement. Now Dell is your workout companion. He hangs on the wall, feeding you Real Housewives episodes while simultaneously counting time and lost calories as you toil endlessly on your elliptical machine. It’s not encouragement you need, it’s distraction and mindlessness. Dell has it in spades.

Well, that was quite a workout. You deserve a break and some crappy food. Let’s head on over to Chili’s, the fast food restaurant in disguise, that finally figured out I don’t want to talk to, flag down, explain myself to, or otherwise interact in any way with a human server.

To relieve me of my burden, the good folks at my favorite suburban guilty pleasure have installed digital waiters. You see, it doesn’t take a whole lot of computing power to send a message from the booth in the corner to the bartender-on-duty about the fact that your bottle of Bud has run dry and, yes, you suppose you have indeed left room for the reconstituted peach cobbler.  A human need not be part of this transaction. And neither need be a 5th generation iPad. Don’t worry, the shrimp scampi will still look equally as enticing without a Retina Display.

“But wait!” cries Sony. We don’t make money when you use your old gear for new things. True. So what’s a Japanese consumer electronics mega-conglomerate to do?

Glad you asked. And so is Sony. Because they want to introduce you to their new Kitchen Tablet. Oh yes friends, it’s the tech you never knew you needed to know. It slices, it dices, it’s mostly water-resistant, and it comes with pre-loaded recipes from Saveur magazine you could have gotten for free anyway. Oh, it also includes—wait for it—a wireless meat thermometer. And all for the bargain price of just $650. You’re welcome.

My recommendation: bypass the whole Sony Kitchen Tablet thing and look around for stuff to do with that netbook in the bottom of your closet. Then share your best ideas in the comments section (below) and we’ll all get together and start club.