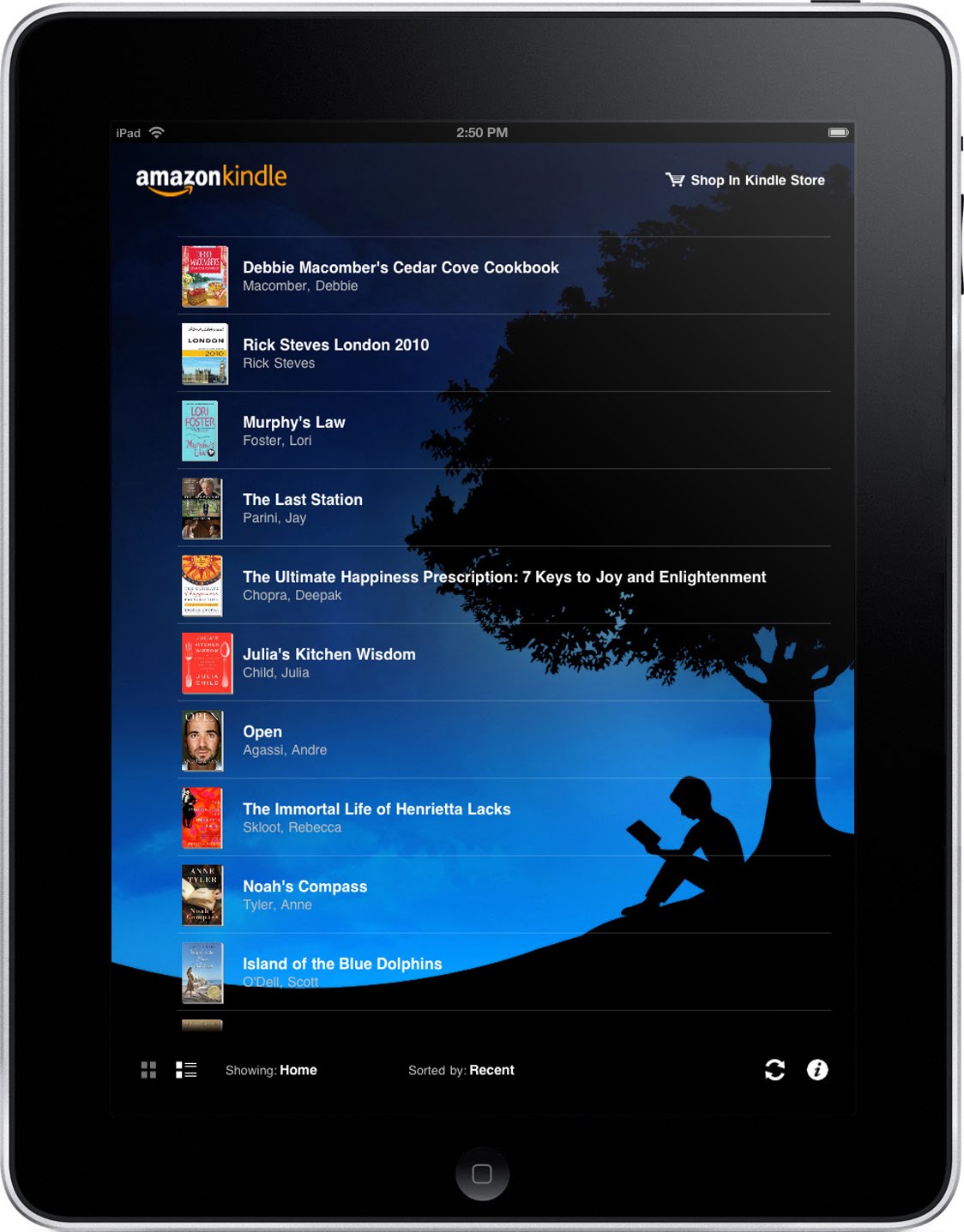 If history has taught us anything, it's that even the mightiest army can be felled by a highly motivated insurgency. But open warfare is not the only battlefield on which great armies collide. It happens just as often between great businesses.

Such is the case with digital content. The new big business paradigm involves creating a platform—iPad, Kindle, Nexus, etc—and talking its users into purchasing books, music, movies and apps. That's where the real money is.

Apple and Amazon found that the fastest way to profitability lies in our adoption of their native platform. Once hooked, we nibble around the edges of the giant cookie in their outstretched hands. Ten bucks for a book here; 99 cents for a song there; an app, a magazine subscription, the movie you're just dying to see.

When it comes to books, my allegiance has always been to Amazon. Like most of us, I started ordering physical books and, as time moved on, retired my collection of dead trees and moved on to Kindle. Apple was quick to figure this out, of course, understanding very well how much money can be made once they successfully convince each and every user to buy the same book for the same price from their bookstore, not the other guy’s.

My wife, Cora, and I read a lot. We like to read on our iDevices, and we like to share books—something Apple makes very difficult to do. I get it: they want the money. And letting us share means less money for them. But we want to have a common library in our household, and I’m willing to make sacrifices to get it.

Amazon apparently knows this because they seem to be working awfully hard to get me back from the brief sojourn I took to the land of iBooks. The problem is, Apple doesn’t let anyone sell books, music or movies directly through an iOS app.

Because Apple owns this particular battlefield (iOS devices), Amazon doesn’t get to employ conventional warfare. It would be easy enough to make the Kindle app the very best it could be and go from there. But they don’t get to do that.

So what’s a multi-billion dollar mega-conglomerate to do? Well, you start by identifying the weak points in Apple’s defenses and sneak through them.

To whit: the architecture of iOS, built for absolute convenience and ease-of-use, has a feature set that, in the right hands, can be used to create loopholes in Apple’s Law. I saw evidence of this when Amazon’s wonderfully designed website realized I was browsing books on my iPad. No sooner did it confirm this fact than it offered me a workaround for the biggest issue keeping me from my shared library: book shopping.

iBooks makes it easy. Everything happens seamlessly in the interface, from browsing to buying to sampling. Amazon knows that, all things being equal, this fluidity is what I most desire. And because Apple and Amazon offer the same books at the same prices, all things are indeed equal.

So they devised a scheme to exploit Apple’s interface. With a few easy steps, I was instructed to use Safari’s built-in bookmark feature to create a new icon among my apps. Clicking this icon technically opens my browser, but brings me right to a specially designed Kindle interface on the Amazon website. From there it’s browsing, sampling and buying as usual, the result of which culminates in my seamless transfer back to the Kindle app via a redirect feature built into iOS.

Once the book is in my library, the Kindle app on each of my devices takes care of syncing, suggestions, and the aggregation of my notes, highlights and bookmarks. Is it one-hundred percent as slick as iBooks? Not quite. But it’s close enough that I can go back to buying books from Amazon, sharing them with my wife, and enjoying access to my complete collection, one that I’ve been building for many years.

Amazon is run by a bunch of very smart and highly motivated people who, despite their sitting astride one of the world’s foremost retail juggernauts, continue to think and act like an insurgent. They push their way into new markets, consistently develop brilliant hardware and infrastructure, and exploit loopholes in the establishment.

Every wall is scalable. Every rule is breakable. All you need is the will to move forward and the ability to think like an insurgent.