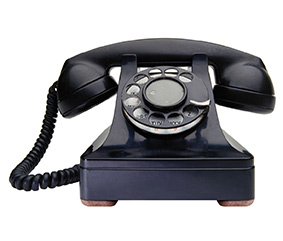 Starting a new business is about the art of pinching pennies. There is never enough time, money or sanity to do exactly what you want. But it’s the little things that make all the difference.

Case in point: the office phone. It’s a strange amalgam of necessity, annoyance and extra expense; the kind that had me procrastinating endlessly despite my overwhelming desire to unglue the cell phone from my head.

When we started Sessionville, it was with a plan to hold off on outside investment, maintain a kitchen with very few cooks, and shoestring the budget for as long as it made sense. And it was with this plan in mind that I set out to find a working environment that made the most sense to our bank account.

There are a lot of things on which I’ll happily spend money. But a second phone line has never been one of them. My iPhone, like everyone’s, costs a good bit every month for voice and data service. And, along with all the other monthly expenses necessary to run a startup, I’m in the habit of always looking for a better (read: less expensive) mousetrap.

While most of my calls end up happening on my cell for reasons of convenience and habit, what I needed most was a reliable conduit to Sessionville’s co-founder, Keith, and the ability to make cheap international calls without incurring the wrath of Verizon. Enter Google Voice, a brilliantly simple yet effective virtual phone number that goes where you go, and asks precious little in return.

Getting a Google Voice number was a no-brainer. But what I really wanted was a good old fashioned desk phone, circa 2005, with crystal clear sound (something notoriously hard to achieve with a cell phone, I find), a nice loud speaker phone and—this is the best part—one that I could get up and walk away from.

Vonage, for some reason the first name in standalone VOIP solutions, wants twenty-five bucks a month minimum for a single line. No, that’s not a ton of money, but it’s not nothing either. And, when you’re in startup mode, those kind of things can add up quickly. My cable provider was also happy to provide phone service, but only if I paid a small fortune for both internet and cable. I did that for a while but it turns out there’s nothing good on TV, and Netflix is going to take over the world anyway, so what’s the point. The rest of the offerings out there feel suspiciously like Magic Jack. If you’ve ever tried to use it, you know why I was turned off by that prospect.

Then I found a little device called Obi. It’s a box the size of a deck of cards that connects your standard phone to your router and, viola!: instant landline. It took me all of five minutes to connect my Google Voice number and, aside from the thirty-nine bucks it took to have Amazon deliver this little device to my door, I will never again pay for calls in North America. And, should I need to get in touch with South America, Western Europe, or Asia—which happens more and more now that the world is flat—I can do so far cheaper than with any other service.

So, what’s the moral of the story here? Did I re-invent the wheel? No. Did I save my company billions? Not quite. I just steadfastly refused to give up my search for a better way to get the job done, and saved money in the process. It’s worth mentioning that I also saved some paperwork, calls to customer service, accounting and IT resources for years to come.

Again, all these things by themselves represent a few pennies, a smattering of seconds, and a droplet of stress. But add up those things, multiply them by the number of instances they occur per day, and extrapolate over the course of startup’s existence, and pretty soon you’re talking about epic proportions. A little here and a little there can make all the difference.